Aisha Orazbayeva is a Kazakh violinist with an interest in filmmaking. She has released two critically acclaimed solo albums on Nonclassical and PRAH recordings featuring her own compositions, and has performed internationally in venues such as New York’s Carnegie Hall. Recent releases include Bryn Harrison’s Receiving the Approaching Memory with Mark Knoop on Another Timbre, vinyl EP Seeping Through with Tim Etchells on PRAH recordings and Scelsi’s Duo vinyl EP for violin and cello on SN variations. Aisha regularly performs with ensembles Plus-Minus and Apartment House. Her music video for Leo Abrahams’ Steal Time single was recently premiered on Clash Music magazine.
Aisha’s third solo album Telemann Fantasias played using contemporary/extended violin techniques was released in November 2016. 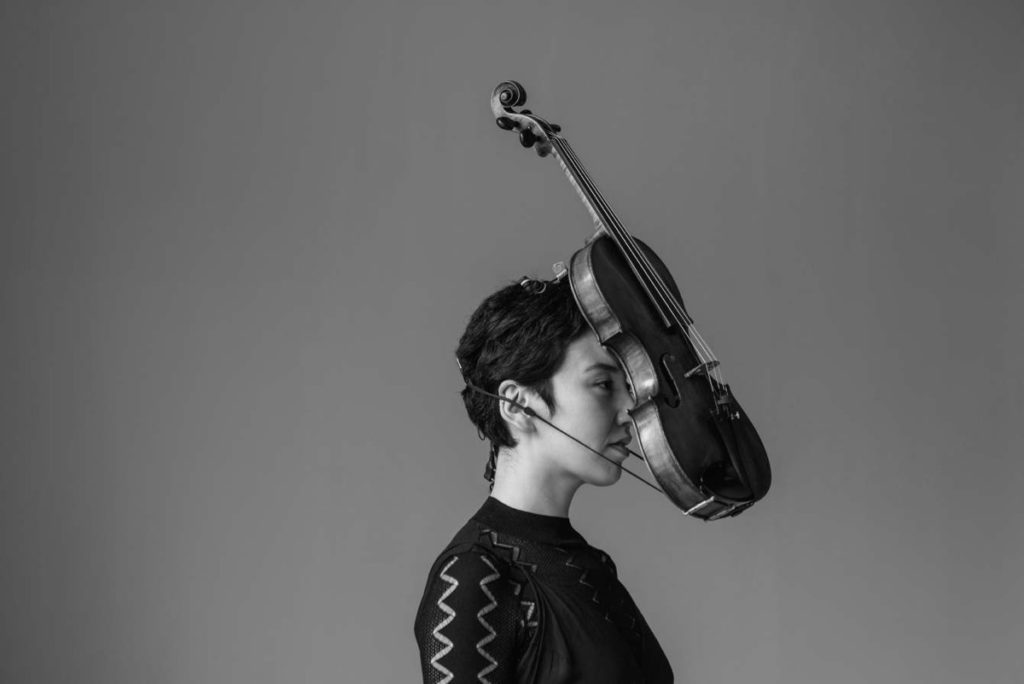