Born in 1961 in Oxford. He is a composer of contemporary classical music.

He studied at Nottingham University with Peter Nelson and Nigel Osborne.

He is closely associated with the ensemble Apartment House, for whom he has written Riis (1996) and John White in Berlin (2003). He has written a considerable amount of piano music. Pianists who have performed his work include Michael Finnissy, Thalia Myers and John Tilbury.

A 1995 Gramophone review described Crane’s music as “as minimal as you can get, and irresistibly droll”.

His piece Octet was shortlisted for the 2009 Royal Philharmonic Society Music Awards in the Chamber-Scale Composition category, along with works by Harrison Birtwistle and Karlheinz Stockhausen.

In the program for a concert in Oslo, Norway in April 2013, Crane writes that “I use simple and basic musical objects; common chords and intervals, arpeggios, drones, cadences, fragments of scales and melodies. The materials may seem familiar – perhaps even rather ordinary – but my aim is to find a fresh beauty in these objects by placing them in new structural and formal contexts…” 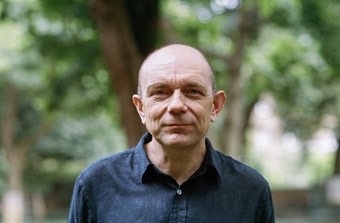